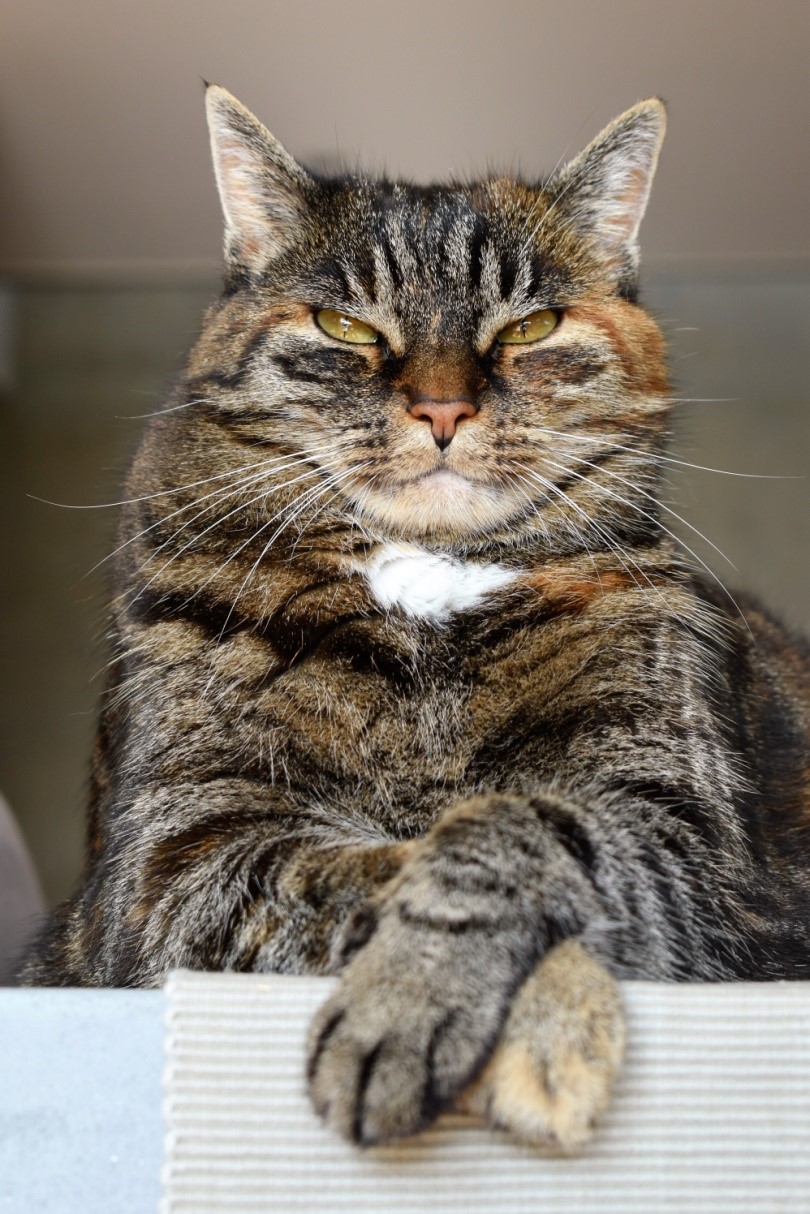 The Catnip business is a dangerous one, with the pawlice always on the cartel’s tail, chasing them around like a red dot in an empty room. And much like that red dot, it’s only a matter of time before they finally catch these cartel members with their hands in the treats jar. And the only person who has managed to dig into these fiends is Patty the Crabby Tabby, one of the finest private investigators in Oklahoma.

Patty used to be the finest police officer in the city until he quit when his partner became a victim of grizzly drive-by spraying. Even though he survived, all the different smells caused a sensory overload, taking away his sense of smell forever. Traumatized by the event, Patty quit the force and sought to avenge his partner by going solo as a private detective in Oklahoma City and bringing down the cartel and its leader, Pawblo “the Meowciles” Escobar.

As one of the best private investigators in Oklahoma City, some of his greatest accomplishments include catching the notorious red dot, an accomplishment he’s really proud of. He was also able to use his sharp sense of smell to find criminals and the catnip that they were hoarding. And over the years, his run-in with all sorts of criminals has made him a special target for all types of violence.

His private investigation agency in OKC is especially concerned with how he’s made himself a target in the eyes of the cartel. From catfights in the alleys to multiple drive-by attempts, he remains steady in his approach. And throughout the many years that he’s been on the force, he’s gathered some incredible information on the cartel. And for all the information he’s gathered, no one knows how dangerous but lucrative these catnip cartels really are, except for private detective Patty.

Fear is the name of the game for these strays, as they take the product and sell it at high profit margins, letting Pawblo grow fatter. The influence that Pawblo has over the entire city keeps these felines safe, capable of exercising their brand of justice as they see fit. It’s not uncommon for catizens here to find themselves cornered in an alley by these gang members if they so much as voice a complaint. Other private investigators in Oklahoma City have even tried to question some of the people that are stuck under his rule, but no one is willing to speak. As a result, it can be even more difficult to gather information about these catnip cartels.

Their reign of terror has also specifically led to cats not getting enough playtime, often worrying about what they could say. But since Patty was a hero to these people, he was the only private investigator in OKC they would trust. Sometimes the cartel meowmbers would act like private detectives, showing themselves as caring people who just want to help others get rid of Pawblo and his litter of gangsters. And if someone does manage to talk to them, they deal with them and take them down.

One of the reasons why people don’t trust some of the private investigators in OKC is because they could be gang members disguising themselves. The same applies to the pawlice and other law enforcement officials. But they are willing to trust one private investigator in OKC, Patty.

Patty also found out that intimidation and protection are two other ways these fat cats can hustle the locals. And as they steal all of their hard-earned treats, it is becoming obvious that they are getting too powerful.

Of course, the biggest way that Pawblo can keep his entire operation running is by selling his product. While the sweet smells of catnip might induce a type of nirvana never felt before, the catizens soon found themselves getting addicted to the product. And as some desperate catizens cannot get away from these illicit substances, Pawblo continues to take advantage of this. Private investigators have found that some of the catizens have no other choice but to go back to the gangsters since they have no other choice but to be stuck under the iron fist.

Patty was able to talk to some of the people who are very addicted to the substance, often relying on it to function. Granted, Patty is no stranger to diving headfirst into some catnip, but that was a younger private detective who was still figuring out how the world worked. And his skills as a private investigator in Oklahoma City shined when he was able to find some of the people responsible and help the authorities bring them in. The catnip that they sell also happens to be extremely potent, often being good enough to bring people back on their own.

With them being able to move kilos worth of product on the streets, they’ve been making Pawblo a lot fatter, as the product isn’t cheap either. This potent catnip can hook plenty of young kittens who didn’t know any better until they suddenly can’t get enough, so they keep coming back. That alone makes the cartel very dangerous. But with an operation expanding this quickly, it’s obvious that they’re spreading themselves very thin. And when the cracks start to show, Patty will be there with the pawlice to take them down.

While we can’t promise that a decorated private investigator in Oklahoma like Patty the Crabby Tabby Catty will take on your case at Keefe Private Investigations, we can certainly offer you someone just as relentless. The private investigators that work with us are perfectionists in the field, bringing on their skills and experience to solve cases that others wouldn’t touch.

So if you’re looking for someone who can solve your case effectively and quickly, then KPI has just the people for you, even if they aren’t as skilled and talented as Patty the Crabby Tabby Catty.