Has Process Serving Changed in Any Significant Way over the Last Decade?

Process serving in Oklahoma City continues to be an essential part of the judicial process, with many frequently depending on it. And while the occupation has been around for a long time, there have not been many changes. Process servers still, for the most part, need to deliver the notice to the individual personally and receive some evidence that they have received it. The most common evidence is usually a sign that they can show in court. 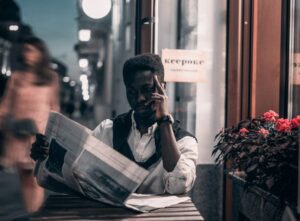 Even though the occupation has remained relatively unchanged for years, there have been some major changes to the industry that are worth looking at. They can help you better understand the type of service that you will be getting from a process server in OKC, as well as if the changes apply to you.

The first type of change worth discussing is the Federal Rules of Civil Procedure. Near the end of 2015, various changes came into place, which would go on to affect process servers directly. the first of which is:

Less Time to Reach Out to Defendant

The first major change to the Federal Rules of Civil Procedure was when process servers had to serve a defendant. Before the amendment, process servers had 120 days or four months to deliver a notice to the defendant. The four-month time period ensured that even people making an effort not to be served would receive their notice.

However, to increase efficiency in due process, the process servers in OKC will now only have 90 days to serve a defendant. This could prove difficult for some, as people will often go to great lengths to ensure that they are not served, often staying in their home for months without leaving.

Defendant Can Now Ask for Documents from the Plaintiff

After the changes, the defendant can now request the plaintiff for their documents without attending the conference.

Rule 11b in the Federal Rules of Civil Procedure now sees emails as a legitimate form of communication. Simply put, process servers can now use email to serve process a defendant. Even though the rules make an exception and further clarify how to send the email, this is a very meaningful change to the many process servers that struggle with serving individuals in person.

Whether it is the threat of assault or not being able to come in contact with the individual, there is a multitude of challenges that a process server faces during their job. But now that they have alternative means to serve a defendant better, they can avoid the many hardships of the job.

While the Federal Rules of Civil Procedure did receive some changes, various states also changed the nature of the process serving on an individual level. Some of the changes include:

Between 2015 and 2016, multiple states brought new laws into effect, adding provisions about e-filing and e-serving. States like Minnesota and Indiana are especially moving towards electronic filing and serving, as the two new laws passed emphasize various legal officials using the new service when working on a case.

Indiana is still very much the state with a few leniencies with eFiling, as they are still testing its efficacy. There is a chance that they could move to exclusive eFiling, as other states already have.

Minnesota, on the other hand, has made the use of eFiling and eServing mandatory for all legal officials. Therefore, even if a process server will need to deliver a notice, they will be using their online service. However, this does pose a threat to some process servers, which would exclusively deliver the notice. Even though this bill saves them a lot of trouble, there can be some that might otherwise prefer delivering these notices in person.

Furthermore, states like Oregon continued to make eFiling mandatory for all legal officials. They would later release a pamphlet as well, which included all of the schedules.

Over the past few years, there has been a great effort not just to streamline the judicial process but also to make it safer for the process servers on the job. The threats that process servers face due to their job can often put them in great danger, with some, unfortunately, also being shot as a result. Many states have implemented laws to protect process servers when out in the field.

Criminalizing Assault on a Process Server

Illinois, California, and Florida have made it a felony to assault a process server. If the individual is aware that the victim is a process server and proceeds to assault them, they could spend up to a year in jail or face a fine. In some cases, convicts have faced a combination of the two.

Furthermore, other states also criminalize the act of hindering a process server from completing their task. If an individual knowingly obstructs a process server through or by threatening violence, they will be committing a third-degree felony.

Finding the Right Process Server in Oklahoma for the Job

At Oklahoma Judicial Process Servers, we ensure that we get the job done and serve the right people. Our process servers in Oklahoma City have the knowledge and the experience to serve processes in an area. They are especially well equipped to handle defendants that are avoiding being served. They also know how to best deal with individuals who would otherwise get violent upon receiving their notice.