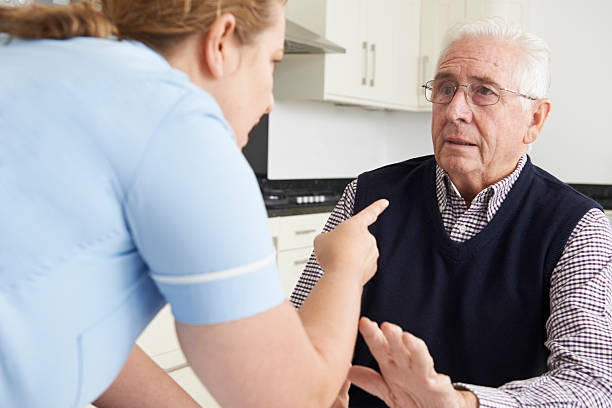 Elder abuse is one of the grossly underreported crimes posing a threat to the society. The lack of a unified definition of the offense and authorized reporting body nationwide makes it difficult to determine the extent of the crime. Statistics have claimed that 1 of every 10 individuals above age 65 is abused or neglected.

Although, we can’t validate the accuracy of these statistics. The clear thing is that it’s difficult to ascertain the extent of this crime, as many of it goes unreported, and most people don’t even regard some things as abuse. This makes the job of a private investigator in OKC essential.

Private investigators are known for unearthing hidden cases with no prior information. Hence, private investigator agencies in Oklahoma can help unearth more of these unreported cases through in-depth investigations, and bring offenders to book.

Elder abuse can occur within homes or special care facilities like nursing homes. Cases at home are more difficult to investigate for a private investigator in Oklahoma. But by bringing experience into play and utilizing necessary investigative techniques, detecting and exposing Nursing home abuse shouldn’t take much time.

A private investigator in Oklahoma City needs to understand elder abuse before handling related cases. This ensures the private detective delivers satisfactory services in no time. We look into the necessary things to know about Elder abuse below.

What is Elder Abuse, and What Are the Different Types?

Abuse of any form, whether on humans, animals, drugs, or other things, isn’t condoned under any law. This makes elder abuse a serious abuse-related offense. It is a special offense that mostly involves seniors (65+), and it can take various forms.

Elder abuse is generally an intentional or neglectful act from a caregiver or ‘trusted’ person which causes harm or may harm a vulnerable older person. Thus, any nonchalant or intentional act that exposes an older person to danger can be termed as Elder abuse.

According to the National Center on Elder Abuse, a private investigator Norman Oklahoma can encounter six (6) different elder abuse types during an investigation. They include:

This type of elder abuse involves using force on an elder, which may result in apparent bodily injuries like bruises, scars, impairment, and physical pain.

It’s one of the most easily detected forms of abuse, as it leaves visible evidence on the victim. A private investigator Edmond Oklahoma can easily detect this during an investigation.

This form of abuse occurs when the perpetrator has a non-consensual sexual interaction with an elder. This could range from improper touches, non-mutual sex talks, rape, amongst others.

Tip-off or intelligence reports from co-staffs or other elders in a nursing home can give the PI a strong lead. Security footage is another effective surveillance technique that can aid the private detective.

Emotional abuse occurs when an elder suffers from anguish, pain, depression, or distress due to deliberate hurtful utterances or non-verbal acts.

A private investigator Edmond Oklahoma must be on the lookout for signs like reclusiveness, restlessness, and unusual loss of weight in an elder as indicators during an investigation.

This abuse always involves a trusted person or family member. It is the unauthorized and improper use of an elder’s funds, assets, or properties.

A private investigator in Oklahoma can detect this through a database review of the suspect. This can give insight into whether the person is spending above his means.

This type of abuse is one of the most rampant in Nursing homes. It involves deliberate refusal or failure of the caregivers to fulfill their required obligations to an elder.

Many nursing homes are guilty of this type of abuse. Site visitations, physical interviews, video surveillance, and tip-offs are ways a private investigator OKC can use to detect the abuse.

This form of abuse is common to family members and adult children/children of the elder.

It is the unprovoked desertion of an older adult by someone who has custody of the elder or is responsible for the elder’s care.

The difference between abandonment and neglect is that the former is usually for a longer period, while the latter is within a short span.

The techniques used for detecting abuse are similar for cats in animal shelters or elders in nursing homes. However, the latter is easier because elders can still talk, and there are many physical witnesses to the abuse.

Site visitation to conduct physical interviews and examination is the basic step towards detecting abuse. Elders and caregivers should be interrogated separately to get information to help the case.

A private investigator in Oklahoma City must be vigilant enough to notice any unusual physical signs like anxiousness, unusual increase or decrease in weight, injury patterns that can’t be caused by accident.

A medical and psychological evaluation can also be carried out to ascertain a patient’s mental health and body state. Major depression, high blood pressure, and signs of malnutrition are suggestive indicators of abuse.

Other means may involve using surveillance equipment like spy cameras, listening devices, bugs, etc. This can help get concrete evidence (visual/audio) of abuse in the Nursing home.

A review of the elder’s financial history, assets, and properties can also expose possible financial/material exploitation abuse. Hence, an experienced private detective must consider all these possibilities during an investigation.

While elder abuse is rampant but grossly underreported, the service of experienced private investigator OKC can help bring perpetrators to book.

This makes the service of private investigators remain essential for mitigating the occurrence of elder abuse.