Private Investigators in OKC should create professional relationships with judges 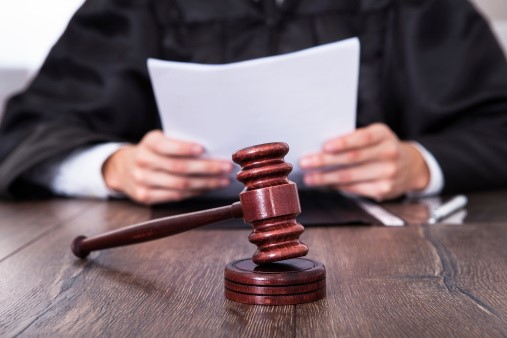 Private Investigator in OKC: Why and How to Build Up Positive Professional Relationships With Courtroom Judges

A private investigator in OKC is one of the most influential people in the legal space. They assist the public: people and lawyers in getting information. Unlike many people think, the private investigator’s job in Oklahoma is not limited to polygraph examinations, skip tracing, and background checks. They’ve been around for generations, and it often involves stepping on a few toes, one of which is courtroom judges.

They have the Final Say

The first thing to remember is that the judges always have the final say. In comparison, the odds may be in your favor when the arraignment and trial are conducted. However, these judges have the final say on what to do with your case. A private investigator may jeopardize a chance if they are not on good terms with the judges. For this reason, the private investigator needs to have a friendly, cordial relationship with the judge in Oklahoma City. Private investigators in OKC aren’t always known to be coolheaded, so many feuds occur between them and the judges. In their quest to find the answers, they may use illegitimate means. More often than not, this makes the judges angry and changes the case’s progression altogether.

They can Lighten Sentences

These Judges Influence The Jury’s Decisions

The jury is one of the most important bodies in the courtroom and a private detective OKC should know that. These courtrooms consist of several people; these juries influence how the case goes. In many courtrooms and legal systems around the world, the jury is responsible for deciding whether or not, depending on the case’s facts, the client is guilty. The judge can influence, many times, the opinions of the jury members. There would be no trust if the private investigator did not develop a professional relationship with the judge. Consequently, the judge may influence the jury’s decision in a negative way.

How To Develop A Professional Relationship As Private Investigator In OKC

As a private detective OKC, professionalism in the courtroom cannot be overemphasized. A court’s values heavily factor in order, so it is only normal to act accordingly during the whole case. Try not to get too informal as a private investigator when presenting your case, or the judge will get agitated. Many judges have high moral values, so try your best not to disrespect them.

If you don’t know how to do this, you could always conduct extensive research. There are dozens of articles, newsletters, and publications documenting the code of conduct in a court even for OKC private investigators. Could you read up on them and regularly practice? It may take a while to master, but it is vital to create a friendly, professional relationship with them.

Judges hate it when you don’t adequately address the right people. Many greetings get exchanged in the courtroom, and knowing all this can help you relate more with the judge. It is widely known that many private investigators in Oklahoma do not regard the courtroom greetings as necessary. They want to state the facts, and they don’t like to waste time on avoidable greetings. Still, as private investigator frequents a place more and more, they need to form a better bond with the judges. One of the best ways is to make the necessary greetings.

The private investigator can say “your honor” to greet the court as a compromise. They should do this before proceeding with the details and facts of their findings. In addition to greeting the court, you would also be welcoming the judge.

Court etiquette is highly crucial in a workplace as a private detective. The English court system has gone through many changes in the past century, including court etiquette. Observing etiquette in the courtroom allows for full consideration and respect for all the parties involved. Judges love this. Also, try as much as possible as an OKC private investigator to maintain court decorum. Never rush in to speak while someone else is talking. While that person is talking, they have the floor. As a compromise, you can jot down multiple notes while the person is talking so you don’t forget anything. The judge would pick up on it when you start observing court etiquette. They would understand that you’re making an effort to maintain the orderliness of the courtroom. They would be more interested in developing a relationship with the Private investigator in OKC.

Private Investigators In OKC Should Create Professional Relationships With Judges

Admittedly, developing this relationship with the judge and a private detective can be pretty challenging. Judges are often unmoving and may appear emotionless. However, they get more interested in creating a professional relationship with private investigators when they observe the rules and regulations of the courtroom. This relationship would allow smoother conduction of trials and a win-win situation for all.